It's getting busier at House of Joy! Today we had 22 adult migrants and 6 children visiting, so it was a bit crowded at the buffet. Luckily there was plenty to eat. The Spanish couple, who visited us last week for the first time, had brought two large bowls of delicious food and fruit. Two Dutchmen brought sauerkraut, there was Turkish soup, a green salad, foe yong hai, vegetable muffins and of course pancakes.Before dinner we sang a beautiful song ("with open arms") led by Hans Millenaar and accompanied by Les Laverman on the piano. After dinner there was a language class, in which 12 adults and 4 children participated. Did I count correctly?Thanks to all the volunteers who made our guests feel at home.

There has been more interest in the language class at 6.30pm the last few times. A number of Ukrainians and Egyptians come in after dinner, especially for the language class. Because the group is now a bit bigger, we split it into a beginners group led by Hans and an advanced group led by Ria. The groups are very motivated.

Meerradio dedicates broadcast to us

Fantastic! Andries and Tania got an interview on Meerradio. It aired last Wednesday evening from 9 p.m. You can listen to the broadcast here:

First there is fifteen minutes of music, then the interview starts. 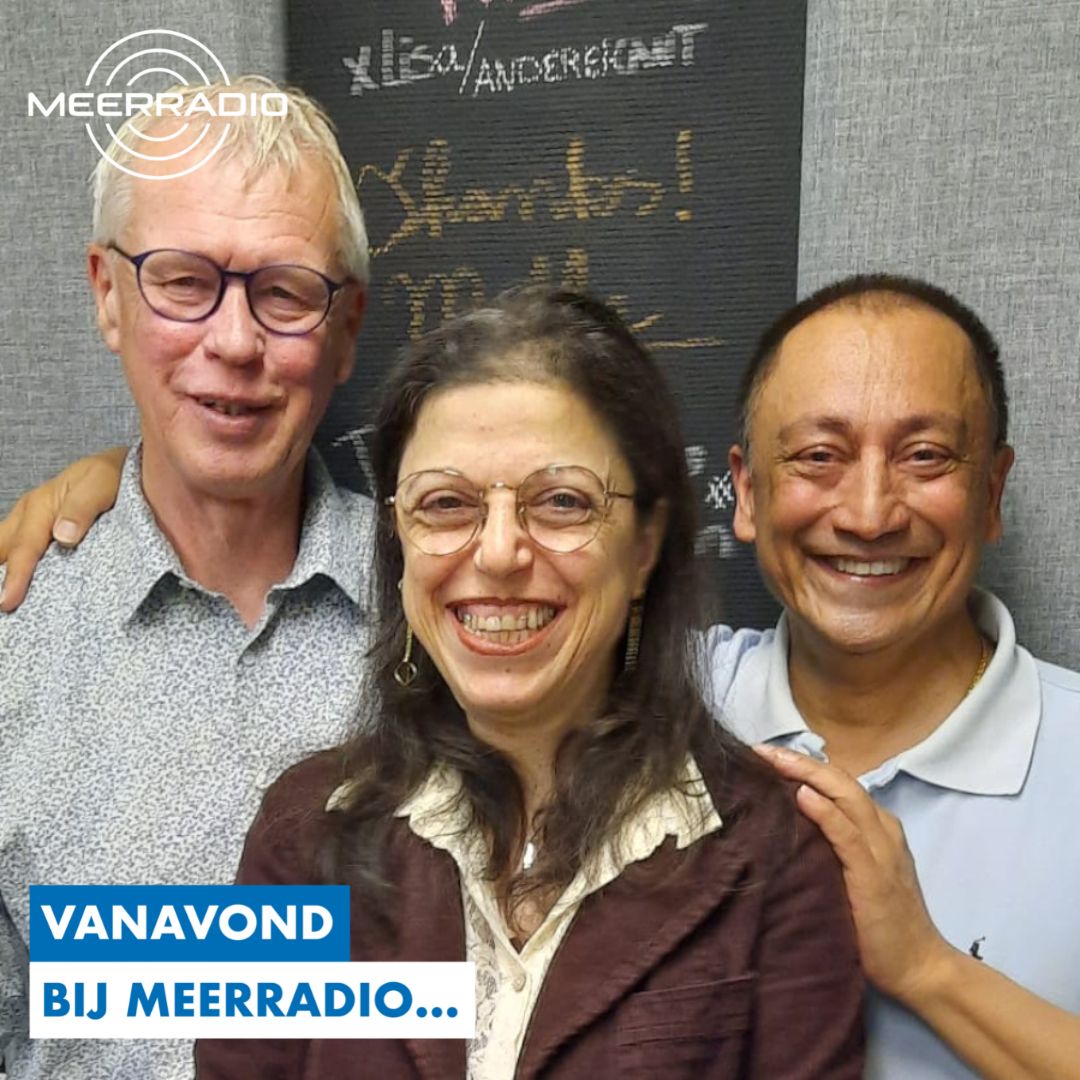 House of Joy is now open every week. Awesome! Now you don't have to look in your calendar to know when it is open! We have had three meetings: September 7, 14 and 21. Three migrants have visited for the first time this season: a man from China, a woman from Iraq and a man in his early twenties from Bulgaria. It was nice to greet many familiar people again, from Eritrea, Syria, Turkey, China and of course those who were born in the Netherlands. The set-up has remained the same, although we no longer agree in advance who will cook. Instead we just share some of the food that people spontaneously bring and that has always been more than enough!

Before eating, we always have a moment to reflect on what God means to us and to thank Him. We don't all believe the same and we don't have to. The great thing is that we listen to each other and learn from each other. Last Wednesday we looked at a photo of the tapestry hanging on the wall at Kidisty's home. Below you can see that photo on the left and on the right an image of the painting after which the tapestry was made.

The painting was made after a statement by Jesus: "Look! I stand at the door and I knock. If someone hears my voice and opens the door, I will come in and we will eat together." Hans has said something about that and has thanked the Lord.

On this hot day there were all kinds of sports activities for children outside. Inside we sat chatting and playing chess with some adults. We were shocked to hear that Els van Dongen had passed away that morning. She was always so enthusiastic and took care of the language lessons. This is a picture of her: 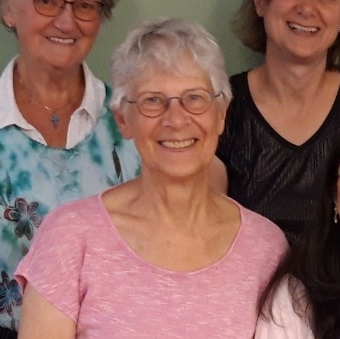 We pray to the Lord for her husband, children, and all who loved her to receive support and comfort.